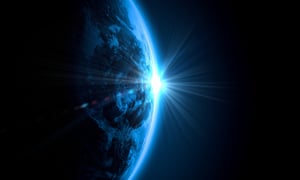 Low Earth orbit (LEO)-based missions are vulnerable to severe orbital decay as compared to those in higher orbits, so efficient propulsion capability for station-keeping remains a critical element for these missions.

The path to the Moon, Mars, and beyond requires a fleet of spacecraft of various shapes and sizes, including massive rockets that produce millions of pounds of thrust and pioneering small electric propulsion thrusters that can fit easily in smaller spaces.

Particularly with the growing number of small satellite constellations being launched, the propulsion systems are responsible for station keeping, orbital positioning, insertion, and attitude control. Therefore, they have a very crucial role in the space industry.

Hence, small satellites in the low Earth orbit constitute the demand for electric propulsion systems for orbital maneuvers such as orbit raising, station keeping, and de-orbiting at the end of life.

Several satellite companies showed significant interest in electric propulsion systems during 2020-2021. This resulted in rapid growth owing to the increasing requirement of launching satellite constellations for communication and Earth observation.

According to the BIS Research report, the global satellite electric propulsion market is estimated to reach $1.02 billion by 2032 from $522.3 million in 2021, at a growth rate of 4.10% during the forecast period.

Between 1957 and 2021, many governments and commercial organizations, such as Ariane Space, Europe Space Agency (ESA), the National Aeronautics and Space Administration (NASA), and Japan Aerospace Exploration Agency (JAXA), started demonstrations for the new propulsion system for different satellites in LEO missions.

Since then, technology has evolved continually and transformed the entire space industry by developing unique products and systems.

Electric propulsion is now being deployed for applications that traditionally relied on relatively high-thrust chemical propulsion systems with their improving scalability in LEO missions. 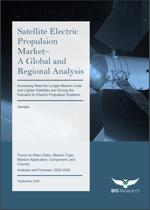