5 Tips for Presenting Your Market Research to Investors 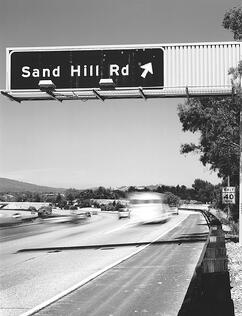 You've scraped along as best you can on your own dime, and you’ve done the proper market research to prepare for your pitch. Now it’s time to deliver the presentation. The problem is that angel investors and venture capital firms (VCs) might watch 100 presentations before they pick one company to fund: you've got one shot to really impress them. At FindTheBest, we've received two successful rounds of funding, totaling around $17 million.

In the process, we've been turned down dozens of times as well. Here are five things we've learned about pitching investors, based on market research principles and feedback we've received from VCs.

1. Show you're solving a big problem

Investors aren't interested in a TV remote with two extra buttons or a bakery that offers one new kind of muffin. Show that your product truly disrupts an existing industry. Sell potential investors on how your product will substantially change the way people think, act, or decide. Be sure that you’ve identified the problem beyond a few anecdotal examples. Your market research should include hard data, including consumer surveys (do customers agree that there is a problem?), and information about how other companies have tried to solve the problem, if at all (have they been partially successful? not at all successful?).

The best pitches will tell a story, highlighted throughout with the data from your market research. Avoid being sensationalistic, but don’t be afraid to brag a bit about your solution and your company.

If you've sold the idea correctly, investors will also see the amazing potential your idea has for growth. When you solve a big problem, money follows.

2. Prove your idea is defensible

It's every investor’s nightmare. After funding an incredible new product, a slightly bigger, slightly richer company recreates that same product overnight. Before long, the original innovators are has-beens, and the firm's money is gone. When you pitch a potential investor, show how you've established a beachfront that makes it difficult for other companies to copy you. Your industry research will help inform the way you make this argument. For example, this might mean you need to file a patent. If you're in tech, it could mean you should develop the technology far enough that a crack squad of talented developers couldn't easily build the same thing quickly.

If your business will have direct competitors, present thorough market research on each rival’s strengths, weaknesses, and potential to copy you. Even if your idea is novel enough that no existing businesses will compete directly, make sure to research any companies that might feasibly enter the market after seeing your success. If you fail to do this proper research ahead of time, a member of the investment team will almost certainly name a competitor you missed, which will undercut your entire pitch.

Granted, you can't defend yourself against everything. Theoretically, a large company like Google, Amazon, or Microsoft could throw enough money at a special project to destroy you. For an investor, it's usually enough to simply show that the industry titans aren't all that interested in pursuing your exact business.

Ideas are cheap. Execution is everything. Show investors that you’ve developed your ideas into a working business. Doing this gives you two advantages. First, it gives investors less opportunity to find problems with your business. A strong record of early sales will trump many of an angel’s or VC’s initial doubts, even if they still can't quite grasp the vision. Second, the more mature your business is, the less of your company you'll have to give up. The best-case scenario is that you come armed with a fully operational business, which just needs an influx cash to really take off.

Note that some industries will require more traction than others. Proper market research will tell you how many visitors, sales, or brand recognition is necessary for the business to be considered a good bet for investors. With some businesses, a small core of dedicated customers will be fine; for others, a large potential pool of future customers will be necessary for future growth. Research your industry to determine what is expected. Be prepared to present analogous examples from companies in the same industry. For example, if you can show that you’re outpacing a similar, well-known, successful company at the one- or two-year mark of your business, investors will be more intrigued by your company’s potential.

4. Back it up with the right team

An average idea executed by an A+ team will always beat a great idea executed by a B team. Make sure you have the right team members in place when you present your business to investors. In the world of tech, this means having someone who can close deals, someone who can manage a company's finances, and someone who can write code or build the product from scratch. Be sure you’ve done the proper market research to show which roles are key for your industry. If you're young and ambitious, you'll still want an older, more experienced team member to point to, even if he or she is serving largely as an advisor. On the flip side, if you're older and less tech-oriented, bringing on one or two younger engineers can go a long way toward earning a VC's confidence. In some cases, this stereotyping may not be entirely fair, but you need to prove to investors that you've thought about all of your potential blind spots.

Research the teams that have successfully secured funding. Remember: it’s easy to focus on the 5-10 glamour stories (Facebook, Twitter, LinkedIn, etc.), but what’s more important are the hundred other successful, though lesser-known investments. Part of your market research will involve segmenting these previously funded companies by industry, team type, and investor to find the closest match for your company.

This might be the hardest factor to control. For better or worse, there is a distinct ebb and flow among angels and VCs, where a trendy idea can turn sour in a matter of months. A few years ago, 'social' was king. Now the focus is on 'mobile.' Present an idea too early, and VCs will balk, worried that you're too idealistic about the future. Conversely, pitch an idea a few months too late, and the bitter VCs who've lost money on similar investments will turn you down before your third slide.

Research each VC carefully before you present, and note both their successful and failed investments. Tailor your pitch to build on their past successes, and avoid framing your presentation too closely on the ideas that didn't pan out. Once you sell a firm’s partner on an idea, it’s his or her job to sell the idea to the larger team of investors. If you’ve thoroughly researched a VC firm, you’ll know exactly what sort of investments appeal to them. As such, investor research is crucial for every single pitch.

An investor presentation armed with proper market research will be tough to turn down. Following these tips will win you half the battle. After that, you'll be judged the way you should: on the ultimate strength of your business.

Click below to learn more about how market reserach can benefit your business.

Ben Taylor is a marketing manager at FindTheBest, a research hub that helps people think like experts. He also writes film reviews at TheCroakingFrog.