Are Your High Tech Gadgets Stalking You? | MarketResearch.com 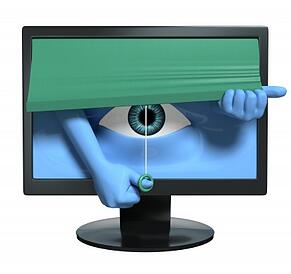 As the digital revolution enters its third decade, are American consumers allowing their desire for high tech gadgets to compromise their privacy?

I decided a few years ago to forego the use of sites like FourSquare and Yelp, especially their mobile apps, which allow one to "check in" at places.  It seemed to me that the data trail resulting from locational apps are ripe for "mining" by marketing concerns, who accumulate them into gushing streams known as big data. Then there are even more unsavory possibilities for how your personal data trail might negatively impact your life, including in legal and medical contexts.

I'm also disinclined to let advertisers learn my patterns of movement. The possibility, for example, that advertisers could obtain my locational history (what kind of restaurants, shops, medical establishments you frequent and when) and begin "pushing" mobile ads at me based on my travel schedule struck me as too...well, pushy and intrusive.

Still, it may turn out that my vigilant attempt to keep at least one foot off the proverbial digital grid may be for naught. The rush for early adoption of Smart phones, home entertainment equipment and "personal technologies" such as tablets is at a fever pitch.
Our mobile tech, home tech, and business tech worlds are converging at an accelerating pace. And the spaces between those three traditional forms of technologies are shrinking rapidly.

Now another consumer tech device that's making a splash in the news (if not yet on the shelves) has caught my attention.  Intel, the global chipmaker based in Santa Clara, California, says it's working on a device that will provide subscriptions for television programming.

The company says the device is part of a streaming service that will allow consumers to direct-access programming. It is somewhat unusual for a big player in what is essentially Internet and technology infrastructure to provide content-oriented products, but that wasn't the biggest news about that Intel announcement.  Tucked into the release, too, was news that a camera would be embedded within the subscription programming and streaming device.   From a recent column in AdAge:

The camera is meant to help the device recognize people and customize the way it offers them content, Mr. Erik Huggers[Intel's Media Chief]  said. A dad may see different recommendations, for example, than one of his children. He said it could also help friends or family across the country watch shows together, creating a virtual "family experience."

So, if I follow the comments of Intel's Media Chief correctly, the camera embedded in the streaming device is designed to "expose [consumers] to visual tracking to enhance their viewing experience."  But if the owner of this device doesn't want to be "tracked' while watching the programming via the Intel streaming device, the AdAge article went on to say,  all they have to do is close the camera's shutter. Hmmmm...

First, the very idea that anyone would voluntarily submit to allowing themselves to be "tracked" or watched by a third-party company under the guise of gaining the ability to "watch shows together"  with far-flung friends or family-members in a "virtual family experience" is depressing.

It also indicates that Intel presumes that consumers would be open to literally inviting a corporate entity into their homes in real time, at least inviting the entitiy to view them in their "natural habitat."  If this is an accurate guess on Intel's part -- and its probably at least in part a guess drawn from research -- well, that is truly depressing. Orwell warned against "Big Brother" --  but what happens when you voluntarily allow Big Brother into your home, unlike the protagonists in Orwell's classic novel of futuristic totalitarianism and paranoia, "1984?"

Think of it: do you really want an unknown entity on the other side of a TV mounted camera with the ability to "recognize people and customize the way it offers... content?"

Uhhhh, no. No I would not.  But perhaps Intel and other tech companies know something that I do not about how American attitudes are evolving on this issue.

As is, we're already constantly under passive surveillance by the thousands of public safety agency cameras in cities and towns, as well as by private groups like retailers.

The Electronic Frontier Foundation (EFF)  is a nonprofit that advocates for limited government and institutional infringements on citizens' right to privacy via technologies such as wireless devices, cameras and GPS-tracking. In 2009, the EFF published a primer on "locational privacy" that included a partial list of all the points in our lives where tiny bits of our privacy are chipped away every day

In addition, the proliferation of "cookies," apps, widgets and other digital detritus that  gathers information about my content preferences is already far too vast for my liking.  As someone who has worked in the information business for a long time, I am perhaps somewhat Old School on this front:  I don't want a constant stream of  "customized" content or ads being chosen by a third-party and shoved in front of me while I watch "The Daily Show," or when I make my monthly trips to the big box business for consumer goods.

The trick to all these amazing new devices is to learn to only use them to make one's life more streamlined, to cut down on the friction factor you endure when hunting for parking spaces or for the best deals on car repairs. In other words, I appreciate the efficiencies of these technologies but not the intrusiveness.

Then again, it can be hard to resist the "Gee Whiz" fun factor to some of these innovations. We also recently received news of an impending "iWatch" from Apple, a wrist-sized version of its mega-popular iPhone. A Dick Tracy-like gadget that would allow me to have both hands free while taking a call or reading email from my daughter?

Ah the slippery slope of tech adoption!  As long as this as-yet-unofficial iWatch's camera doesn't take to watching me, I'd probably be up for it.

To learn how you can use social media for market research, download our free white paper.